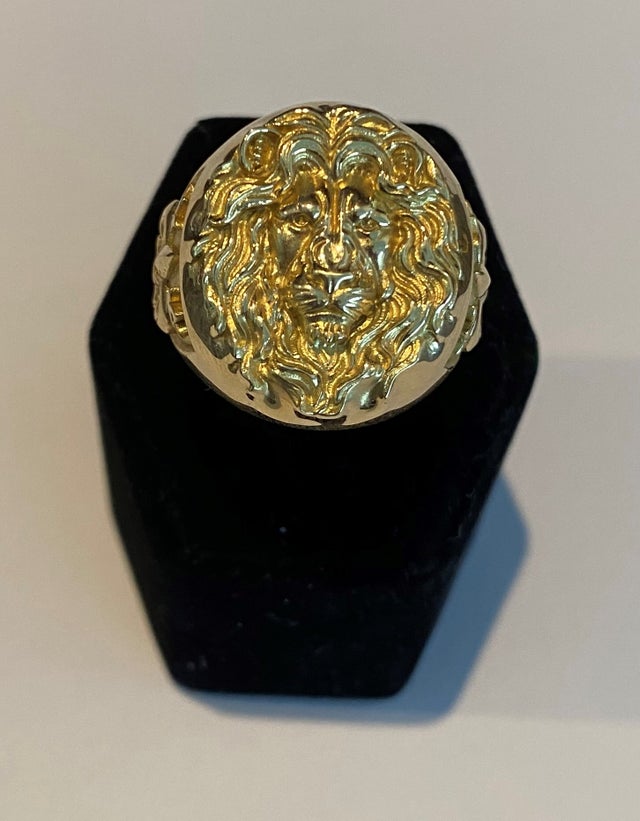 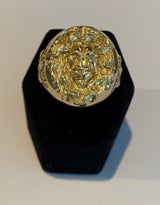 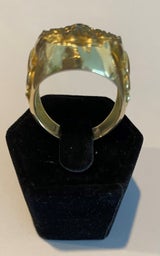 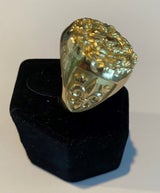 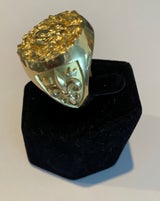 The Lion King Ring in 14K yellow gold, unique, rare, made and cast in USA.

THE LION IS THE UNIVERSAL SYMBOL OF ROYAL POWER.

Through history, Kings wanted to be associated with the strongest and the optimum warrior symbol.

"Not only is the lion a symbol of royalty, but it is sometimes associated with the words denoting a King. Thus, the Latin leo is derived from the same root as rex and lex; the Persian schir (lion) appears to be connected with the Zend and Sanskrit khshéko, khschakia (king) which gave its name to the warrior cast of the Hindus; while as is the Semitic term for "lion" and Ra was not only the name of the sun-god among both Egyptians and the Babylonians, but it was the title given by the Egyptians to the king (...) kings wear sometimes lion skins (...) the lion was a symbol of strength and victory". - The Evolution of Morality, Vol. 2, Charles Staniland Wake, 1878, p. 324.

This involves the association of the majority of early civilizations and beyond such Mesopotamian, Egyptians, Greco-Roman (other Latin-based languages) and antique India to the lion as a symbol of kingship power not only base on historical facts but also of the base of the meaning of the language root words; showing a deep foundation of the king of the beasts symbol of power in these different civilizations.

We should not be surprising the allegedly oldest animal artefact is a lion-man. It is believed before Mesopotamian first civilization the lion was the earliest human symbol of power (found in Germany a brown bear land).